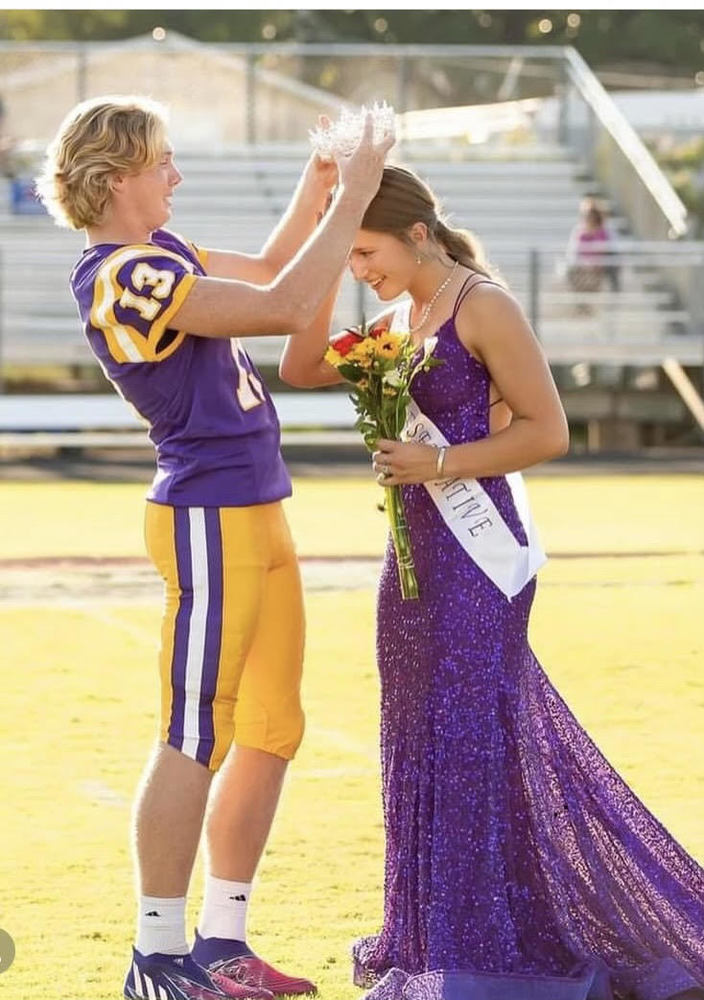 Students Chime In On Homecoming Activities

Mr. Manfredi's English Class share some of their perspectives of the various homecoming from last week.

Around Bristow there aren't many things to do, so one of my favorite activities is going to the football games. Football games are a fun thing families and friends can attend. The Bristow Pirates had their homecoming game last Friday. As you walk through the gates, people are gathered around the bleachers waiting for the game to start. Everyone attending the homecoming game was overly excited and pumped up with school spirit. People had mixed emotions when the game was being played. One moment we were up and ahead, and the next moment we were losing. The game was very close the whole night. With everyone on the edge of their seats, The Bristow Pirates lost their homecoming game. After a long night of fighting, the football team wrapped up the game and called it a night. Even though Bristow lost that night, the football team has more of a reason to fight harder and stronger for a better season.

I am not a huge fan of school activities, only because I get anxious around a lot of people. Which is funny considering, I got picked to be a representative for wrestling this year. At first I was dreading it, and thought about it negatively. But being in the parade changed my mind because I had a lot more fun than I originally thought I would. It was pretty cool seeing the whole town show up and support, and seeing all those younger kids who look up to us was pretty cool. When I thought about it, I used to be one of those kids that looked up to the older guys. Now that I’m one of those guys it’s an awesome feeling when all those kids are yelling your name and cheering. Then when we had the coronation before the game I was kind of nervous to stand out there in front of all those people. But when everyone comes to take pictures and talk to you, it shows me how lucky I am to have grown up in a small town. Everyone knows everyone in this town, and so many people have watched us grow up to the people we are now. When you walk around and tons of people stop to talk to you, it makes you feel like a celebrity. Even seeing your old teachers from elementary school and looking back at all the years of memories you have with your friends. It just really hits you how fast time flies. Before too long my kids will have some of the same teachers I had, it’s just crazy to think about. Many of the people I took pictures with have been friends with me since kindergarten. My mom was showing me pictures of me and my friends from years ago, and the pictures of us now. It’s just a crazy feeling to see how much we grew and changed over the years. It’s also crazy to know it’s our last year together, most of these people I won’t ever see again after graduation night.

Homecoming week is one of the best times for some students during their high school years and for some it’s just another week. My favorite part about homecoming is the football game and the parade. The parade brings more excitement to game day. Everyone comes out and enjoys the parade, then the whole town goes to watch the game. Gameday on homecoming is not like any other. Everyone's excited about the dance, parade and all the other things that are also happening. It’s always a fun time playing in front of more fans than usual . The stands are always filled and the crowd is cheering when it comes to homecoming which makes the game much better. While playing you always love to have a big crowd to play in front of it just makes the game much more exciting. The thing I love the most is you have to know when to lock in and be ready to play with all the other stuff going with homecoming. It's a time where that all goes away and you have to focus on the game and some people can’t do that. It's always a great feeling to win on homecoming and unfortunately we came up short this year but I still had a great time playing in my last homecoming game and sharing the field with my teammates.

The parade is one of the best things Bristow is able to pull off when it comes to spirit. Whenever it is time to have a major event, we are able to show it by gathering everybody and celebrating. We show our spirit by having different groups of representatives for our school's activities be the center of the parade. They throw candy and take pictures and get everybody excited for the game. Everybody that is in the parade gets to pick out what car or truck they want to ride in and get to dress up fancy, which most people don't do. After the parade is over we have a big pep assembly and the band plays music and the cheerleaders cheer for everyone. We all get to enjoy being around each other which usually doesn't happen because people in high school are in different groups and have opinions of different people but the parade brings everyone together to show spirit.

Once the parade is through and everyone has gone home, we collect ourselves again and go to our homecoming game where we will show everyone again and announce what groups they are in and details about them. Next, we crown a king and queen for all of homecoming and all start to go away while everyone gets ready for the game. The band comes out and gets everyone ready to start and we all get excited as we watch the game play out.

For me, the best thing about spirit week is the dance. Sometimes the games but the dance is where I enjoy my time. I just really like dancing, although I’m not very good at it. Dancing helps me express myself without using words. All I do is just listen to the music and start moving to the beat. Everyone else is also dancing which makes it better. I also like watching the game and seeing Bristow fight to win. Even though it doesn’t happen all the time, I still enjoy it.

Even during halftime when the team goes into the locker room, our band is the entertainment. Even during halftime we are still supportive of all the different activities that go along with football.  Listening to all the different instruments that flow together is the most relaxing thing about halftime. My favorite part about the band has to definitely be the drum solo, everyone gets so hype as we are listening to the drumsticks hit the drum.

Being a part of Bristow Highschool is like a big family we all look after each other and at the football games that part of the town really comes out. Everyone gathered to support the same thing. The boys are playing to try and make the town proud, and the coaches are trying to better the boys to their full potential. Then after the game when we all meet up and take pictures, as well as make plans to go eat and hangout. The Football game might not have turned out the way we wanted it to, but it was still my favorite part of homecoming week.